A Portrait of a Queen

A Portrait of a Queen

Throughout history many depictions of Her Royal Highness have been created, commemorating her status as the longest reigning monarch in British history. She undoubtedly remains a beloved figure in the eyes of the public, even as we enter her 69th year of reign, and her relevance in both British and worldwide pop culture is evident in the contemporary art world; she continues to be the muse and inspiration for a number of global artists, each giving their own twist on a royal portrait.

Paul Normansell has depicted a number of icons in his signature mosaic-like style, from Bowie to Kate Moss, and Queen Elizabeth II is no exception. One of today’s most sought-after artists, his work captures the attention of critics and art-lovers globally, thanks to his distinct use of individually painted dots to convey his subjects.

Each dot is added in high gloss paint onto sheet aluminium, giving a shiny quality that makes it seem like his paintings are straight out of a glossy magazine. He has created bespoke artwork for celebrities and his custom creation for US rock band The Killers earned him Rolling Stone’s ‘Best Album Cover of the Year’ award.

Paul’s ‘Happy and Glorious’ is a gorgeous portrayal of Her Royal Highness, reminiscent of her years as a young monarch. The contrast of the Union Jack background with Her Majesty’s monochrome form places her in the spotlight, whilst maintaining an undeniable patriotism. Daniel Mernagh is another contemporary artist who has tackled a regal portrait. Initially a graffiti artist, he’s graduated to the world of fine art seamlessly, creating stunning pieces of Prince, Marilyn Monroe and George Michael to name a few. His experimentation with different mediums, such as digital, watercolour, ink and acrylic, offers a unique portrayal, bursting with colour and life.

Queen Elizabeth II features centre stage in ‘Crowning Glory’; like Paul Normansell, Daniel has chosen to capture the Queen in her younger years, though he has done so from a purple perspective, utilising the royal shade as a base for his portrait. Her Majesty’s crown practically glows out of the painting in its vivid yellow tones, highlighting the regality of the piece. 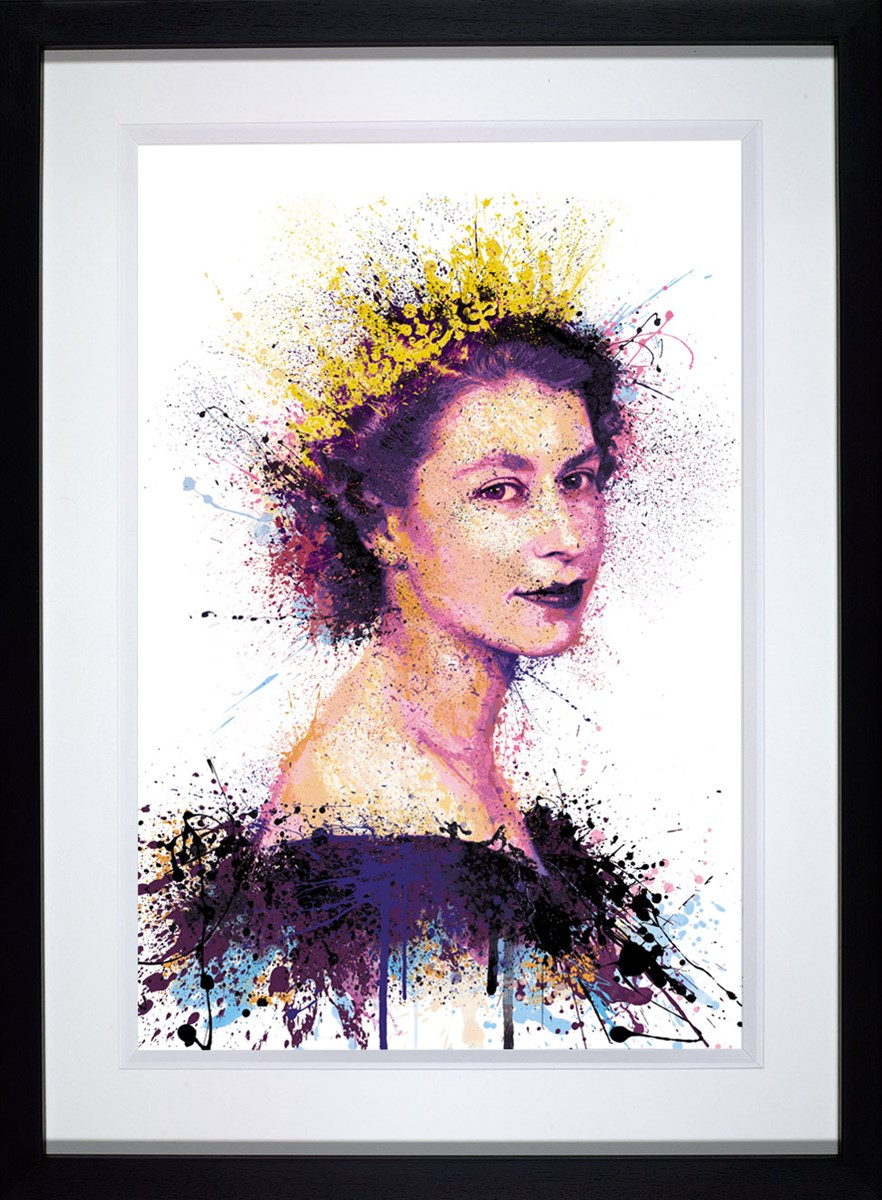 Dylan Izaak has taken a different approach to his depiction of the Queen, opting for his usual dose of humour and curved features that have gained him notoriety around the world. Far from your typical royal portrait, he illustrates Her Royal Highness in the midst of a mischievous graffiti creation, with none other than Prince Phillip watching on.

‘Queenie’ offers an alternate-reality perspective of the royals, imagining a world in which the Queen makes her way around London on a Chopper bike, signature purple purse hanging off the handlebars. Nonetheless, Izaak’s creation preserves a distinct British quality, abundant with Union Jack bunting and a quintessential red telephone box. 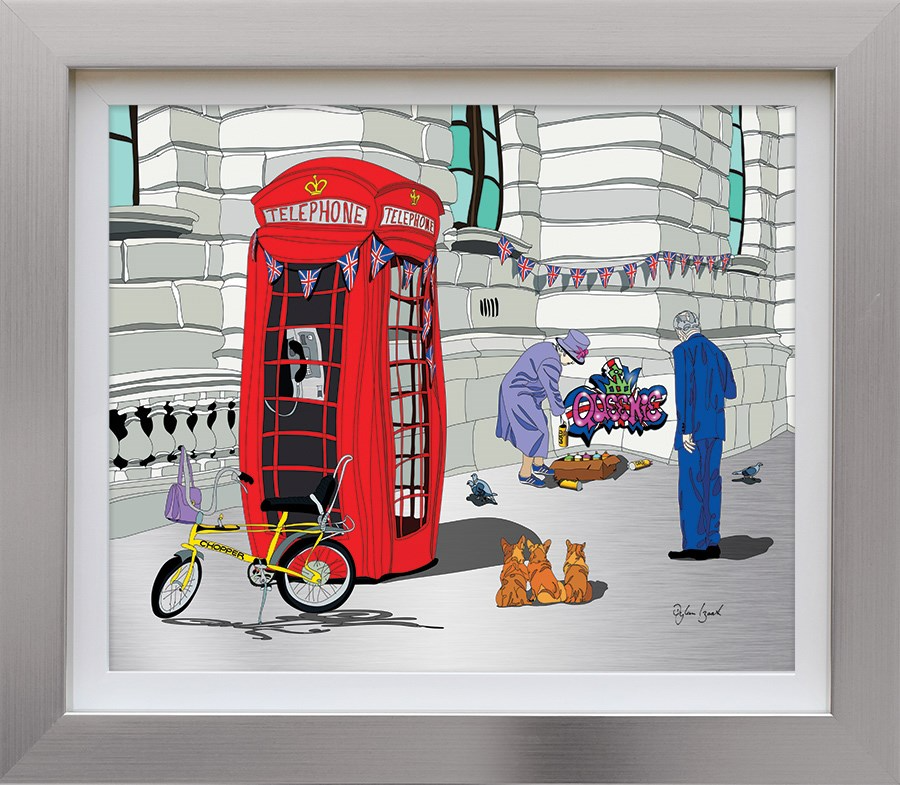 The contemporary art world has welcomed a number of portraits of Her Royal Highness in recent years, with these three providing just a small selection. The Queen never fails to unite the nation in difficult times, and this past year has been no exception.  She provides a beacon of stability & consistency when much of the world around us appears at times to be in turmoil.  A true icon.